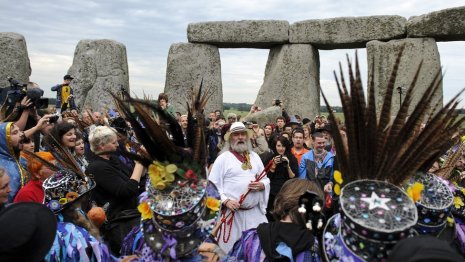 “Even taking into account the astonishing evidence that suggests it spent fifteen hundred years evolving as a constructed site, Stonehenge itself is only somewhere between four thousand and five thousand years old, of which a little over one thousand have been spent in a country called England. Before that it was in a land of warring kingdoms and battling barons — and the Romans — and back beyond that is all myth and legend and not writing enough stuff down.”

Anglophenia: It’s Official: Stonehenge is Part Of the Longest Settlement In British History

Anglophenia: Is Stonehenge A Musical Infographic?

Preorder your copy of Stuff Brits Like from: Amazon US, Amazon UK, Barnes & Noble Booksellers, Longfellow Books, Hunting Raven Books, Community Bookstore, Dorset Books, and A Room Of One’s Own.